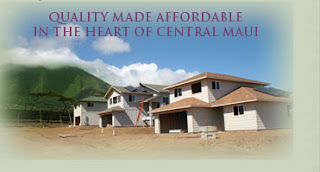 I actually kind of know him at church but never really converse past the usual "hello" and "hi prior to me being hired by his wife to be their secretary/office manager. So how I met him is from church, and how I was hired is through his wife :)

After I was hired, I remember wondering what kind of boss he would be. He was 60 something at that time. A very successful developer with a good reputation. I on the other hand is coming out from a ministry job (about 10 years total) so I was really "anxious" about this new job. I had ZERO knowledge in construction and development - zip, nada, none!

To add a twist to the story, a couple of weeks before I started my new job with their company, I found out I was pregnant with my 2nd (at that time I had a 5 months old baby too). I was shocked and cried at the doctors office when I found out I was pregnant because that means I would have to take a maternity leave in the middle of the development project we are doing and I didn't think my new bosses would like that.

I called Joyce (my lady boss, wife of Jesse my boss). I told her that I just found out I am (was) pregnant, and I told her that if for any reason they would like to change their mind about hiring me - it's ok. I understand that it would be hard to have s newly hired take a maternity leave in the middle of an important project (not to mention having a pregnant lady in the construction office). Joyce said she would call Jesse and will call me back. Next thing I know, Jesse called me, told me they still would like to hire me and they we will work things out. Actually, if I remember right, he even said we will have fun. I was so grateful they still hired me because at that time I already had resigned from my other job.

And so the first day I met Jesse, my boss, is the day I met the boss that I would be working for for 10 years and more...

Jesse is a great boss. I learned a lot from him (and still learning) and I have a very high respect for the man. He and his wife have always been so caring and generous to me and my family. The day I met my boss, I met a man who taught me to dream and dream big - not only that but also thought me to take steps to achieve my dreams - to never give up. Thanks Jesse - and advance happy birthday to you.

You are very lucky to have a boss you admire so much, enough to even write about! Great piece.

What a lovely tribute to a man who is obviously a boss in a thousand. Wish him a happy berthday from me too.

A boss like that is a rare treasure. You've been blessed. Thanks for sharing this uplifting story.

Very lucky, indeed. (I would point out, though, that I'm pretty sure it would have been illegal for them to have rescinded the job offer due to your pregnancy. That doesn't make his enthusiasm and welcoming any less, however.)

Lucky you! A good boss is hard to find. I've been in my current job for less than two years and I'm on my 5th supervisor. This one seems to be a keeper. We'll see!