I'd Lost It At Church Today... 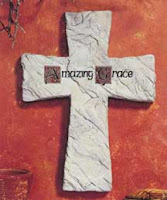 I went to Sunday Service at Hope Chapel today with a "heart for worship". After reading a lot about worship last night, after several posts on worship for the past several days, I was ready to worship....

We were a little bit late so the "worship" part of the service has already started when we went in. As i entered the "auditorium" (or sanctuary as others will call it), I noticed a man before me walked straight to the front row where I was heading...

When I started singing...I felt in my heart that I wanted to kneel and bow down to worship...

But I held back... I was afraid I would be a distraction. And I was afraid my husband would think I've gone nuts. I'm already pushing the envelop by asking that we sit on the very front row (or at least second row) in the middle aisle, and that I usually raise my hand to worship, sometimes even cry...but to kneel down, that would just be "weird" in the eyes of my husband and other people around me (so, I thought)...

As we continue singing and worshiping, I saw the man I that walked before me knelt down, raised his hand and worshiped God...

Now let me tell you this...when I first saw that man as we were entering the auditorium, I thought he looked "a little strange"...a "hippiesh kind"..maybe "a little unusual". He's a skinny guy with very long hair grey hair and very long grey beard. He was wearing his "surf" T-shirt and shorts. He's an older guy...He's not familiar, I have not seem him at church before. I had a "strange feeling about him"...

I resisted the urge to kneel down in worship. I thought God would understand if I just raise my hand...After all, I do not want to draw attention to myself just as that man has gotten my attention....

After a couple of songs, Craig, our worship leader announced that it's time for communion. We celebrate communion once at month at church and today I had forgotten that this is the first Sunday of the month. Derek, the missionary who shared a little something from the Bible about communion did an excellent job expressing what it is all about...

The worship team started singing again (while the elements are being passed around), and this is when I'd lost it. I just broke down and cried...and yes, fell down on my knees, bowed down and worshipped God the way HE wanted me to. I was crying uncontrollably as I meditate on how God loves me and sent His Son to die for me....

God's presence was so real, I could almost touch Him...

Now, at that time, that man was still on his knees with hands up on the air and head bowed down. As I looked at him I realized that God placed him there to let me know that it's OK for me to bow down even if the rest of the congregation would think that I am weird...God placed someone there because He knows I would be "shy" and He understands. He placed someone there "who I thought was strange" for me to know that sometimes its OK to be strange for God.

And so I remained on my knees until we're ready to take the communion together as a church...

Now, will this be a regular ritual for me during worship? The answer is no. Our church do not have a pew, and we don't usually kneel down during worship. This is one of those special moments when God granted me the privilege to worship Him so freely to afresh my relationship with Him. It's something I do not want to repeat over and over for the sake of repeating it. If God "speaks" to me that I should, I will..but for now I'd be back to simply raising my hand and "dancing" for the Lord.

UPDATE 3/5/07:
We received an e-mail from a friend yesterday that I wanted to share with all of you. The interesting thing about this is that I "didn't know" that I "accidentally" sent her the link to this post which I e-mailed to our pastor and worship leader. I didn't mean to e-mail it to her, but for some Divine working, she got it and replied back:

"...the Lord is SO GOOD
yesterday at worship, i had a desire to praise God in standing up, looked around, no one else was so i didn't want to be a distraction either and did not do it. Then i looked again and i saw you B (my hubby) and was so glad that i could enter in more fully too does Liza know that the Shiraishis (our good friends) were on their knees together on the right side? I say it cuz God is moving and I want to give Him Glory!"

I didn't know that aside from me and the "strange encourager" there were also other people kneeling down. Now that really gave me a goose bump, because like what I said, we are not a "kneeling church". This is something unusual that only a Spirit of God would compel. Yes, God is real! And to Him be the glory!

Sometimes, it is more about what we need to do in front of God than it is what others see us doing in front of them. Good for you for raising hands, crying, bowing, kneeling...whatever you were led of the Lord to do!

This is beautiful and I am so glad you were able to worship in the way you felt fit. No one is "weird" in the eyes of God.

It was so encouraging to read about your experience in worship. So often, I struggle with what others will think of the way I feel I need to worship God and I need to lay aside my fears. Thank you for great encouragement.
Lisa

It wonderful how He uses others to teach us lessons

Wow! What an amazing post! I am Catholic and once a week I go to our Adoration chapel and pray alone (Saturday mornings midnight - 1 am). I'm usually by myself but sometimes other people are in the chapel. It is open to anyone who knows the pass code and I don't believe that's hard to get, and even though I'm the only one scheduled for that time, anyone can come. However, when I'm not alone, I worry about what the others think. Am I kneeling long enough? Will they think I'm not really praying if I sit? My knees or back sometimes hurt and kneeling can be a problem, but I wonder what they think. Even when I'm alone, I hesitate to just lie down face to the floor in front of God even when I feel like it because it "feels weird." Maybe this post will change my attitude a bit! Thanks!

That was beautiful. I got chills reading your post. God bless you for following His call to worship Him in the way that He would have you do so.

You freely expressed what I often feel. So many times I want to fall on my face in church and worship. I will hold back because of the same thing you spoke of. I do not want to be a distraction. Thank you for being so open and getting this discussion rolling. Thank you for worshipping the Lord in Spirit and in truth!

That is so awesome! I truly believe God sent that "stranger" to encourage you. And that other friends were also kneeling, that is the Spirit at work.