UPDATE 4-27-08 - I joining the carnival "How I met My Honey" at Rebecca's Blog. I am entering this post. This is my husband and It's love story. It's semi- true. The difference is that I believe God put us together. "Cupid" is just an imaginary addition to the story because that was the prompt for the Sunday Scribbling which I used this post originally. Anyway, enjoy the Cupid's Chronicle on How I Met My Honey:

Another day. It’s time for another mission. Who will I be matching today? I want this one to be a challenge. Last match I did was high school sweethearts. That was nice and easy. I want to do something different today…

There! That gal…right there. Oh, that’s Liza. I know her. I had struck her before. It was bull’s eye – love at first sight. But it didn’t end into a “happily ever after”. She resisted. Something to do with her “commitment”, she said. Something about “love is more than emotion…that it goes beyond”. Ah… looks like she’s ready for another love….let’s see…

There! That guy…right there. He’s got what Liza is looking for. Same belief, same passion. Hmmm…. this might be the one. But from the looks of this…this is going to be a challenge. They have a lot of differences. Hey, this is the challenge I was thinking about.

Cupid devised a plan. But his power is limited – circumstances have to align. And one day, it did!

Perfect! A mission team was formed at Hope Chapel and Bradley is going. This is perfect timing! Now I just have to wait until their path cross…The time has come. They met! Ready…aim…shoot!

The church mission is for 2 weeks but it’s only two days that Bradley and Liza worked together. They spent the time ministering to the poor. It was their passion…to help others just as Jesus helped them.

Rats! What must I do? Think! Think!

Liza wrote to Bradley and asked him for a copy of the photo he took. Bradley wrote back.

This is good…this is really good.

Bradley and Liza continued to write each other. Their correspondence grew, their friendship grew deeper. They got to know each other more. Phone calls. Letters. Lot of letters back and forth.

When they received the mail, they knew they were meant for each other.

Lovely! Just lovely! This is working out. Now it’s time for the proposal…

Bradley sent a beautiful card with his proposal to Liza. He mailed it and waited patiently for her response.

Darn it! Who stole that card?...who stole the card!!!! This is making me upset!

Bradley couldn’t wait any longer. He called…he asked…Liza didn’t know what to say… she didn’t get the letter…and when she heard of the proposal, she was speechless!

Oh, it’s a lovely day…a special day. There she is - the bride. She’s beautiful as she walked down the aisle to his groom waiting at the altar. Mission accomplished.

Cupid smiled, flapped his tiny little wings and flew away for another day.

This story is only one among billions of love stories recorded in Cupid’s Chronicles. 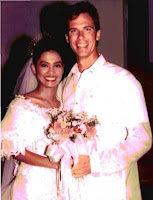 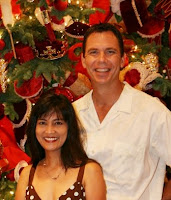 What a great story. The way you wrote it as well with Cupid's little interjections, really kept the suspense going.

Since you're long finished with Cupid's services, perhaps you could send him my way lol!

I love your post! Cupid certainly did a great job bringing you guys together! Makes me want to read more of Cupid's chronicles..

Very innovative take on the prompt - Cupid's Chronicles are always fun to read!

What a cute way to tell your story. Love it!

I really enjoyed this too. Very entertaining. When our first child was born I wrote a humourous piece for my wife about imagining all the work our as yet unborn child had in bringing the two of us together, thus assuring his own life. My wife was thrilled with it but unfortunately it got lost when we had to flee following troubles in the country we were serving. Maybe I'll have to try that again.

That was a really inventive interpretation of this week's prompt, and a wonderful story.

Wow! What a great story. Thanks for sharing it.

AWWWWW! That is so sweet! Love the take on Chronicles.

I enjoyed all your weekend blog posts.
You had what's know in the business as a social whirl.
Thanks for visiting my blog.
May you continue blogging and enjoy many many solid hits!

This was a beautiful way to chronicle your love story! I married my hubby on Kauai on Feb 14th at sunset, on Tunnels Beach. That was 3yrs ago...almost ;)

I'm sorry to have to address this in your comments but you left your entry link in my comments where I couldn't respond to you and you don't seem to have an email address visible . . .

I need you to either add a link to the contest in your post or link to it in a separate post please.

And I'll add your submission, thanks for entering.

Wow, that's amazing that you sent each other a letter with the same story! You are a beautiful couple!

Great story! It was fun to read.