I May Not Be Able To Go To Las Vegas In March, At Least I Won The Last Bunco In February!

I was hoping to go to Las Vegas in March for the Bunco Championship on March 7 to 9, but it looks like its not happening. That's too bad because I really really wanted to go. Aside from my desire to play bunco at Ceasar's, for a chance to win the $50,000 prize (imagine, I can quite my job and be a full time stay at home mom for a year), I wanted to go to Las Vegas because it's close to where my brother and sister in law lives. They told me that if I go to Las Vegas, they will drive there so we can see each other! I'm bummed that I am missing that opportunity.

It's too bad that I am not going because this Bunco Championship Event sponsored by Prisolec looks like so much fun. About 2,000 crazy fun-loving women will be there, screaming BUNCO! Prilosec's marketing team is a genius for targeting "us" mostly the middle aged fun loving group of women, to promote their product for heart burns. I had been visiting their website out of curiosity and the event planned sounds fantastic. I like it that they have a theme for each of the four Heats planned: 1) Country Western Bunco, 2) Luau Bunco 3) Toga Party Bunco 4) Celebrity Bunco. They have a prize for best costume, and so I was already imagining me in my Coconut Bra (or just lei) and Ti Leaves Pau receiving the best costume for the Luau Theme, because I'd be looking like these Women of Hula, and I would win :) or I could vie for the best Ulupalakula Hawaiian Cowboy in the Country Western Theme.

And it's too bad that I am not going because I read that this event will also be shown on Lifetime TV on May 11. I thought I would be the next Brad Falcon, the female version of Brad Falcon. In my mind I was already thinking I would be on this Bunco Championship on TV - the lowly bunco-loving blogger from Maui who out of the blue was asked to live blog this fabulous event. But... it looks like it's not going to happen.

Oh well (sigh)! Good thing I won on our February Bunco last Saturday. It was quite a surprise actually (a fun way to win). Towards the end of the game I thought I wouldn't win anything because I didn't have enough wins nor enough losses, and I was off for the 50-50. Then all of a sudden, when I rolled a dice while playing on the head table, all three dice showed six's - BUNCO!!!!

Here's a photo of my prize - there are two other prizes (naughty girl prizes) not included in the photo... because, you know... this blog is rated PG, and those prizes would have been rated X (for married people only, and I am married so I was allowed to have it ;) 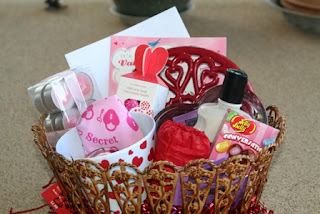 I think I better end this post now. I've talked too much about bunco already and now I'm blabbering on this X rated prize... it's time to log off :)
Posted by Liza on Maui at 9:57 PM

Email ThisBlogThis!Share to TwitterShare to FacebookShare to Pinterest
Labels: Bunco

My staff gave me two pair of Christmas boxers for presents. I think I will photograph them and put them on eBay. lol

Sorry you didn't win the trip to Vegas.

Cool prize! Even if you're not going to Vegas. You'll save money on gambling, right? Congrats on the win!