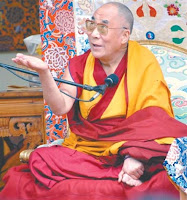 While reading my post, you are probably wondering if I did accomplish my 5 "urgent and important tasks" because I told you I cannot blog until I accomplished them.

However, as I was accomplishing one of the tasks, I got caught in an interesting twist that I thought is worth blogging, so here I am. I am cutting myself some slack. Since this post is related to accomplishing my urgent and important task, I will post this one.

The task that I am talking about is "buying the tickets for my kid's recital". This recital is a big deal and will be held at Maui Arts and Cultural Center. This task used to be "important but not urgent" so it kept on being put in the back burner. Well, times passed and now it's urgent because the seats are being sold and we'll end up seating way far back of I don't buy. As it is, we already have lost any chance of a good seat, but at least if I buy today we won't be in the worst seat. Hey, my 2 kids are dancing! Why did I procrastinate on buying the tickets? I told you I've got problems....

Anyway, so off i go to MACC to buy the ticket when I was stopped at the entrance. They guard won't let me in and told me to go to the War Memorial Stadium and that's where I can buy the tickets. It suddenly occurred to m that the Dalai Lama is scheduled to speak and that's what this guard is directing me to go there. the event was supposed to be at the MACC but they were so many people wanting to hear him speak they moved it to the War Memorial Stadium. I tried to explain to the guard that I am not buying a ticket to hear Dalai Lama speak. I need to buy a ticket for my kid's recital. But the guard won't listen. he kept saying go to War Memorial Stadium, you can buy it there.

At first I thought I'd just come back. But I was determined to check this task off my list so I went to the War Memorial Stadium. Oh my word...the stadium is already full. This was around 10:30 AM and the Dalai lama is not speaking until 2:00PM or so.

Traffic was crazy. Again I thought, just come back. But then I thought...NO, I need to do this NOW! So I waited for parking. I parked. I walked a long way to the ticketing booth. And guess what? They are only selling the tickets for the Dalai Lama event! Grrrrr!!!!! I need to buy a ticket for my kids' recital and I was told to come here! Nope, they don't have them. I need to go back to the MACC around 3PM to buy from there.

So I went back to work without accomplishing my mission. I was bummed! Why did I ever choose this day to buy the ticket? waaaa!!!!

Later in the afternoon, I thought I'd just do it online. Yes, we can purchase the tickets online but I wanted to buy in the box office to be able to ask the staff about seats, etc. Well, guess what? The event was not listed! I don't know why! So I called...waited for a loooong time on the phone listening to the recorder saying "sorry, we're experiencing a high volume of calls at this time. you're call is important to us, please stay on the line...yada, yada..."

At last a lady answered the phone and I was able to buy the tickets. (and just to let you know..even if I called earlier today I wouldn't have been able to buy until after 3:30 PM)

Now, back to Dalai Lama. I know he's a Nobel Prize winner. Not only is he a Spiritual Leader but a Political Leader as well. He's a good man, a noble man, but He still needs Jesus Christ just like the rest of us humans. A good article I found about this. Check it out HERE.

And to those of you who are interested to find out more about Dalai Lama's visit to Maui, click HERE and HERE. Photo was courtesy of Maui News.

Now back to "no taskie, no bloggie". I am going to accomplish my next task. If you feel lucky, I might post about it too once I accomplished them.
Posted by Liza on Maui at 9:56 PM

I pray that the recital goes well and your kids shine